Skiing in the Chiemsee-Chiemgau holiday region

Ski holiday with a difference ...........
on smaller ski areas with varied slopes and natural slopes for ski tourers..

Adventurous fun on the slopes for the sporty touring enthusiasts who can still find many slopes and tours here to practice their sport. Or the piste freaks on the developed pistes in the surrounding ski areas from the Hochfelln Skiarena, the Kampenwand in Aschau, the Unterberg in Ruhpolding, to the larger ski areas in the ski paradise Sudelfeld am Wendelstein, Winklmoos Steinplatte in Reit im Winkl or Hochkössen in nearby Tyrol. Here you will find an overview of the possibilities that are open to you in the Chiemsee-Chiemgau holiday region if you enjoy alpine skiing. 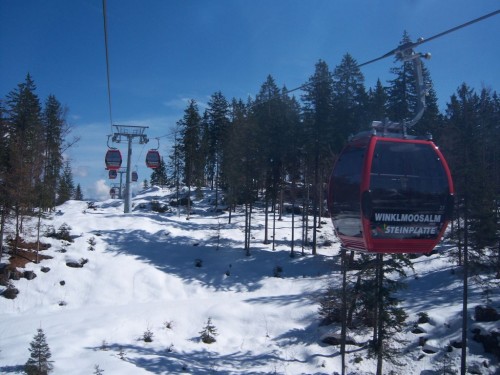 In Reit im Winkl Seegatterl you will find the largest and most beautiful ski resort in Chiemgau. 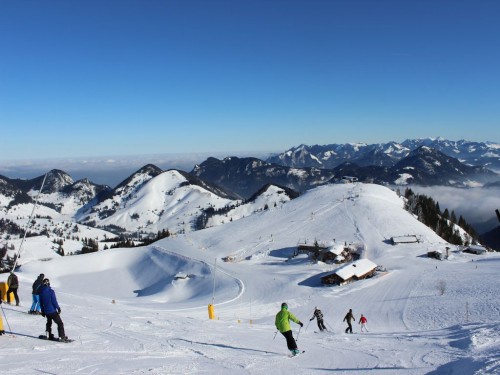 One of the largest network of ski slopes in Bavaria. 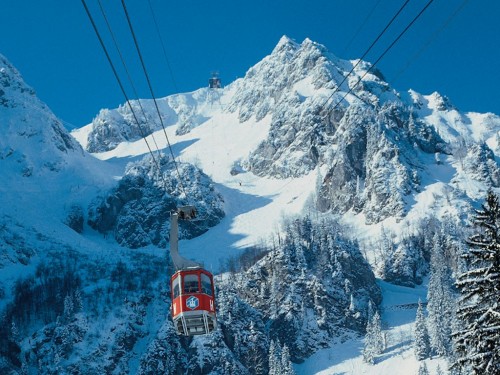 Whether summer or winter - with the Bergener Hochfelln cable car every season becomes your special experience. 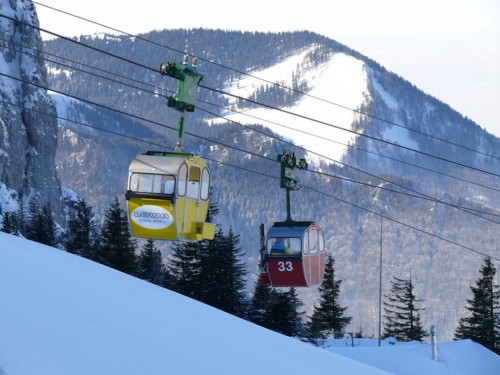 Skiing with natural snow and view of the Chiemsee. 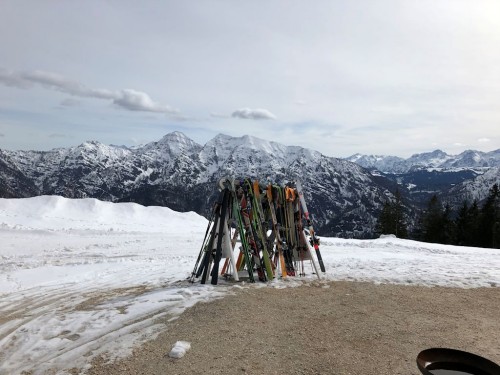 A lot of fun for the whole family on the approx. 5 km long toboggan run. 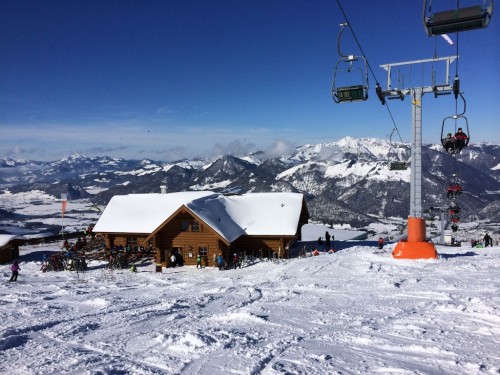 The special ambience in the midst of an incomparable panorama. 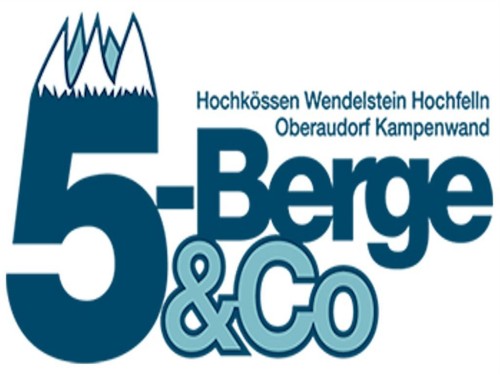 Compilation of the ski areas :

from the SeeHotel Wassermann you can drive to more than 30 different
cross-country and ski areas in one hour (and shorter).

At a distance of 60 minutes by car:

Brief descriptions of some ski areas:


Sachrang 750 to 950 m, a district of Aschau
10 km behind Aschau in the Sachranger Valley, just before the Tyrolean border.

Reit im Winkl/Winklmoosalm 700 to 1800 m
One of the most popular ski resorts in Germany; very snow reliable. Local ski area Walmberg, one chair lift, four
Drag lifts. From "Seegatterl" (5 km outside of Reit im Winkl) gondola to the Winklmoosalm. Winklmoosalm / Steinplatte ski area (Tyrol) a total of 5 chairlifts, 8 drag lifts. High alpine ski area for all demands. In the Blindau a very nice toboggan run with a lift.
Large, very snow-sure cross-country skiing area with more than 50 km of trails.

On the Inntal motorway to Oberaudorf. The Sudelfeld ski area with its extensive slopes with wide meadow slopes offers many panoramic views. The Skiparadis Sudelfeld has 21 lifts and 32 km of slopes.

Skigebiet Hocheck Oberaudorf 476 to 900 m
On the Inntal motorway to Oberaudorf. For skiers and fans of winter sports, the Hocheck is not "just" any mountain with ski slopes and a winter toboggan run in the quickly accessible Upper Bavarian Alps.


Kössen in Tirol 600 to 1700 m
Shortly after Schleching, right after the border with Tyrol, is the village of Kössen. Great, very snow-sure cross-country skiing area with more than 50 km of trails.
Sfaffenberg: One chair lift, three drag lifts up to 1000 meters. Well suited for families.
Unterberghorn: One cable car, three chair lifts, two drag lifts up to 1700 meters. High alpine ski area with challenging runs, guaranteed snow until spring .

You want to receive regular news and offers about the SeeHotel Wassermann?